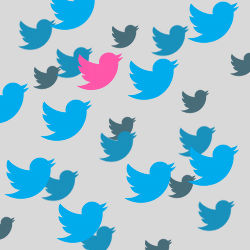 Okay, so the first 'N' doesn't actually start with the letter "N". That's okay, because none of the other 'N's do either. :-) It does start with "en", though.

As I wrote last time, your auto-DM's purpose is to drive the initial engagement between you and your new follower. If your auto-DM is written right, those who accept the engagement will be the people you'll want to follow up with.

But we talked about that last time. Now on to the other 3 'N's.

Once you've started the initial engagement, the next step is to make it worth your new friend's while. Do something to ensure that it's not a one-off interaction that's quickly forgotten.

You can afford to put some time and effort into it, because your best prospects will have self-selected by responding to your auto-DM. Most people won't respond, and that's a good thing, because they weren't your best prospects anyway. You may sell to them someday, but you've got better people to focus on now.

So, how do you enchant? For starters, fulfill the promise of your auto-DM. You expressed an interest in them. Now show that it was real.

In my case, I check out their blog. If it's good, I'll post a comment and/or tweet a link to one of their posts. I may even post a Blog Riff on it. How do you think they'll feel about that?

If their blog stinks, odds are good that I can easily come up with some useful advice for them. I may send that via DM, since they might not want it to be publicly visible.

Particularly if they respond with a "thanks", I'll keep commenting, Riffing, tweeting links to their best blog posts, or giving more advice, until I think they're "enchanted".

By the way, for more on how to enchant, I recommend Guy Kawasaki's book on the topic (link above).

At least if you do it right!

Inviting doesn't mean asking them to buy your product. It's not quite time for that yet. Inviting is what you do to move the relationship from Twitter to somewhere better.

For example, I'll invite people to join a Critical Mass Blogging Team. It's a free service I built to help bloggers. So I'm still just doing favors -- still enchanting. But now I'm doing it in my house instead of Twitter's. That makes it much easier to work on the 4th 'N'.

Okay, I admit it. Calling "convert" an 'N' is the biggest stretch of all. But the first syllable does end with "n", just like all the other 'N's. Close enough, right?

If your new friend accepts your invitation, then you break out all the standard methods to try converting them into a paying customer.

Spamming Twitter with affiliate links is a pretty poor way to make sales. How many times have you bought from a Twitter spam link? I know I never have.

But that doesn't mean that Twitter is useless for marketing. You just have to make it more personal.

Start conversations with the right people, on the right topic. Get them to like you. Lead them to your site. And then go for the sale. If you can map out a concrete plan for how you'll lead prospects through each step, your social media efforts can pay off.