Laws of Marketing: Consider the Opposite 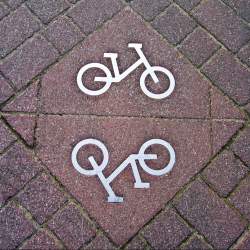 One of the things my brother, Thor, talks about in his new book, Small Business Revolution, is the power of embracing opposites:

...one of the primary reasons people struggle without a correct model of an entire system, is because they fail to understand the interplay between yin and yang, between the opposites within the system.

In other words, if you've chosen sides and are too tightly married to your choice, you'll never see the big picture. Without seeing the big picture...well, obviously, you're going to miss a lot.

...an effective leader needs to be both authoritative and persuasive, both able to think and able to act, both moral and practical, both principled and flexible, both competitive and cooperative, both partisan and diplomatic. When you understand the range of a behavior, you can apply the appropriate behavior in any circumstance, depending upon your objective.

Okay. Makes sense, right? But just understanding and accepting the idea doesn't mean you're actually going to do it. Until you've established the habit of considering opposites, it's going to require some deliberate effort.

Let's try a little exercise with some "laws of marketing" -- consider the law, grasp the principle it teaches, and then figure out what would have to happen for the opposite to be true.

"Too much choice is no choice at all."

Studies have shown that offering more than two or three options (flavors of jam, colors, service levels, etc.) reduces sales. If you make the decision too difficult or time consuming, prospects will give up and go somewhere else.

That's a valuable lesson. But how might the opposite become true?

"If you can't be first in a category, set up a new category you can be first in."

If you're the top brand in your category, you're the first brand people think of when shopping on autopilot. You're also the "safe" brand to buy when people are worried about what others will think, or when they don't want to research a purchase for themself.

When might it be better not to be first?

Nobody could argue that great customer service isn't critical. Right?

What if you made your product so easy to use that customer service was hardly ever necessary? Powerful idea. And one that you might not give its due if you didn't take time to find a way to make the opposite of the standard rule true.

"You have to push the free line back."

According to current wisdom, people are being trained to expect more and more free stuff. Without giving stuff away, you can't attract traffic. And without traffic -- without wowing people with your free stuff -- you won't have anyone to sell to.

How could the opposite be true?

Sell exclusivity. If you're giving a status product away, nobody's going to want it, because it will have lost its status. You might still give something else away to build traffic -- something that doesn't act as a substitute for your luxury item. And you might give stuff away to people with status, who can enhance the status of your product in the eyes of those who don't get anything free from you. But as has been shown plenty of times before, you can sell more of some things by raising prices and limiting availability.

"The Law of Opposites: Don't try to be better than the leader, be their opposite."

Now I'm confused. Am I supposed to agree with that law, or do the opposite?

Read "Small Business Revolution" for more about the power of opposites