How to Start a Coaching Business Gradually 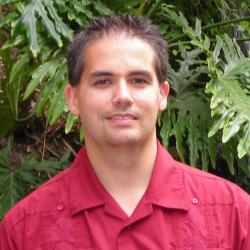 If you're tired of selling $7 eBooks or promoting $49 affiliate products, and would like to graduate to something more lucrative, one idea that may have occurred to you is to do business coaching. Before you say "sounds great if you're a guru, but I couldn't do that", let me share with you some advice from internet marketing coach Terry Dean.

I interviewed Terry last week, and asked him how a person gets started in coaching -- how you know when you're qualified to guide other people and get paid the big bucks.

I'll be publishing the full interview, which goes into a lot more detail on that and other questions, after the new year. But I wanted to give you something to chew on before then. Here are some brief excerpts from Terry's response:

What I would suggest that most people do ... start out and put together one of the group programs like I said I started with earlier.

Figure out a problem that you can help solve because you've solved it for yourself...

And then a system that takes them from problem to the promise.

Terry suggests creating a 4 to 8 week group or individual coaching course focused on that one problem and system. As you gain experience by teaching that system, you'll be able to branch out to related problems and grow into doing more general business coaching.

Terry's response got me thinking. You don't have to be an expert on every aspect of business to become a coach. And you don't have to be making 6 or 7 figures a year to be credible. You just need a track record with solving one problem, and a solid system you can guide people through to help them solve that problem.

If initially you're not certain you'll be able to help your students replicate your own success, you could even start off with set of free sessions with one small group. To avoid having it look too cheap, tell your students it's a pilot program that you're using to fine tune the curriculum, and that you'll be recording the sessions for possible sale or use in promotional materials.

Alan Borcic said:
I think that too many people think too much. You don't have to be expert, you just need to know more than majority of people which can be easily done by reading few books on the particular topic. Failure to launch is the biggest problem for entrepren...
(join the conversation below)

The point I want to drive home is that you only have to be an expert at solving one problem to get started in coaching. What do you know how to do well, that you could spend 4 to 8 sessions teaching? I'll be putting some thought into this myself over the holidays.

For more detail on how to create your own 4 to 8 week coaching series, and to get the rest of my interview with Terry when it's released next month, subscribe to my blog feed or mailing list using the form below. You won't want to miss it!