Float Your Business on a Rising Tide 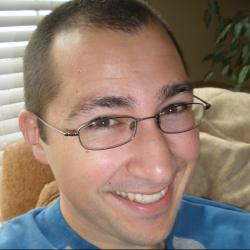 I've got a revelation for you today: we're in a recession. Oh, you'd already noticed?

A lot of people have watched their businesses shrivel over the last few years. No matter how they tweak their marketing, there's just not as much money flowing around for them to dip into.

I've experience it myself. Within months of the real estate meltdown a few years go, sales of my top product, CaRP Evolution, which had been growing for years, dropped fairly dramatically.

But was it all about the economy?

Actually, it was a combination of several factors. The economy was a big one. But I made some marketing missteps around the same time. And there's one other big factor that I was reminded of by something Ryan Healy wrote back in January:

The easiest way to grow a business is to be in a growing market.

Because as the market grows, every competitor usually gets at least some of the new customers and clients entering the market.

They say a rising tide lifts all boats. In internet marketing, it works like this:

On the flip side, a marketing technique that's all the rage one month may fall out of favor the next.

That's part of what happened with CaRP Evolution. Several years ago, using RSS feeds was all the rage -- whether for auto-updating content or autoblogging or whatever. The gurus talked about how they were using it, and their followers went out and bought RSS parsers. Then the trends moved on to other techniques, and RSS lost it's buzz.

So what do you do when the tide starts falling?

With sales of CaRP down, and tweaked marketing not making much difference, I needed a new source of revenue.

Fortunately, one of my newer products (at the time), ExPop was riding a high tide. But there was no telling how long that would last. I had been awakened to the fact that there was no guarantee that my hot selling products would stay hot forever.

My two main options were:

Both can be good options. Let me share an example of how I did the latter.

I've used an RSS feed reader for years to subscribe to blogs, news searches, etc. Last year, I finally got fed up with some of the limitations of NetNewsWire (fantastic product -- one of the best feed readers ever -- but not perfect), and so I built my own web-based feed reader, powered by CaRP, and named it Lobster.

At first (as with many of my products), I wasn't planning on selling it -- I was just scratching my own itch. But after a week of using it, I loved it so much that I decided to fix a few of the less user-friendly parts and give it to all CaRP users.

And it evolved from there. First, I added the ability to post to Twitter from it. My tweeting output jumped dramatically. When I read something worth sharing, I'd click a button and instantly have a tweet ready to edit (if desired) and publish. (The default tweet content would be the title of the post I was reading and a link to it).

But it wasn't till about 5 months after the initial release of Lobster that things really took off. That was when I added the ability to use it to publish to WordPress blogs. With that addition, Lobster + the blogging plugin became SEO Content Factory.

I started using it myself to quickly grab excerpts from the blogs I was reading and use them as the seeds for my own blog posts (just like I'm doing here). I instantly went from blogging twice a month to every weekday.

This wasn't a new idea -- people have been doing it for years. But it didn't have a name. So I dubbed it Blog Riffing and wrote up a post explaining the approach. That post attracted a fair number of enthusiastic comments.

That all happened around the same time as the release of Link Liberation 2 -- and here's the first clear instance of the Rising Tide lifting my boat. Some of Link Liberation's features are very similar to SEO Content Factory. But instead of LL's high monthly or annual fee, SEO Content Factory is an easily affordable one-time purchase. So I skimmed some sales off that tide.

Then, around last December, I started hearing more and more people talking about "content curation" -- basically a lighter weight version of Blog Riffing (for more information about the relationship between the two, see this post).

Again, it's nothing new -- people have been doing it since last century, and people like Robin Good at Master New Media have been talking about it for years. But now it's coming into vogue. The tide is rising. And it's driving sales.

It was easier for me to move into the growing market for curation and Riffing tools for a few reasons.

First, I already had a lot of the technology I needed to build SEO Content Factory.

Sure, you can build something from scratch, but you'll have to develop and work out the bugs in the entire system rather than just the new parts. From what I hear, that problem has bitten Link Liberation's booty a little (several parts of the system weren't up and running for at least a month or two after people had bought the product).

Another benefit of building on what I already had was that I already had a reputation in the market (or at least a related market) based on CaRP. The further you stray from where you're established, the more work you'll have to do to rebuild your reputation.

Of course, if there's no growth in related markets, at some point you may have no choice but to go off in a new direction. But before you jump to the next "shiny object", do a little outside-the-box thinking about how you might build on what you already have.

If you find a nearby Rising Tide, hop a ride on it.