Marketers spend a lot of time trying to get customers to choose them. One thing that makes it easier is to spend some time up front choosing your customers.

Back in July, Seth Godin wrote:

Many organizations will take any customer, any time, and bend and writhe to accommodate money in whatever form it arrives. Other, happier organizations understand the benefit of optimizing for a certain kind of interaction, and they have the guts to decline the part of the market that doesn't want to use their tool/organization the way it was intended.

You've heard the phrases: "Jack of all trades, master of none." "Try to please everyone and you end up pleasing no one."

The point is that if you're willing to take money from anybody, you're less likely to have anybody knocking on your door. Why? Because if you're offering everyone something close to what they want, you're not offering anyone exactly what they want.

But somebody else is. So that's where the customers go.

Choose your customers, and cater to what they really, really want.

On the other hand...

You'll often be wrong about what the market is and what it wants. When that happens, time to either shift your use case (and the way you're organized around it) or stick it out but be prepared for a long, tough slog.

Sometimes, you'll release a product and the feedback you'll get will be that it's almost exactly what people want. But not quite. That's when you need to decide whether you're right or they are.

If the feedback is coming from one market segment, but you want to sell to another segment (and your product, as it is, is selling to them), then you may be right, and you've got to have the guts to say no to people who aren't in your target market. If the only people who want the product you want to offer are imaginary people inside your head, you may want to listen to the people who can actually pay you.

Benedicto said:
Yes its so hard to choose your customers but after I read this it gives me an idea on how to get more costumers especially when you are promoting your country to give a tour in Spain like for instance in Guatemala, Belize and many more sites in our c...
(join the conversation below)

Sometimes a product you sell at first to one market segment will get the attention of another market segment that wants it to be a little different. That's when you need to decide which segment to go after.

When I first started selling CaRP Evolution (an RSS to HTML converter), my typical customer leaned toward the techie side. They didn't mind fiddling with Linux access permissions to get its caches working, etc. So I didn't bother writing an installer script to make that easier.

When RSS got trendier, a different group of users arrived at my door. Having to manually set access permissions was a deal breaker for them. So I wrote an installer script. And I added MySQL caching support so that they could use a database instead of cache folders, bypassing the issue completely.

I could have stuck with the techie crowd, but that would have severely limited my sales.

Last week, while working on an update to a product I created to display affiliate ads (which is powered by CaRP Evolution and its sister script, Grouper Evolution), I thought of an even better solution...better, at least, for my target market.

Instead of requiring users to install CaRP and Grouper separately, and choose whether to use cache folders or MySQL, I'd integrate CaRP and Grouper into the affiliate ad product's source code and make special configuration files that automatically configure them for MySQL caching. Since the product is a WordPress plugin, I know that MySQL is available. And in fact, since it can use the database connection that WordPress already has open, I don't even need to ask the user for the username and password.

As a programmer and techie, I value the flexibility to choose between different caching options. Plus, I suspect that cache folders are probably a little bit faster.

But most of the market doesn't care about the miniscule difference in speed anywhere near as much as they care about an easy installation procedure.

So I changed my use case.

And when I was done, I carried the same idea over into another of my core products, SEO Content Factory. It also uses CaRP Evolution under the hood, and required a separate installation of CaRP. Now, it uses an integrated copy of CaRP that caches in the same MySQL database that holds the rest of SEO Content Factory's data.

It seems so obvious now.

Of course, there will be times when the market asks you to go places that you don't want to go.

Back in the day, I could have made a lot of money by building an autoblogging tool on top of CaRP Evolution. And I was once interviewed a reporter from the New York Times who was writing a story about autoblogging. He didn't end up using any of my comments, because I wasn't on the side of the issue he was looking for comments from.

When I was designing SEO Content Factory, I considered enabling it to do autoblogging, but having it turned off by default. After all, there are some legitimate uses for it.

Opportunities were missed. But it was by choice.

Of course, when you're choosing to pass up opportunities, you need to be sure you're doing it for the right reasons.

When someone offers you ten times your regular price for a more robust version of your product, if you decline because it would dilute a successful core business, that may be the right choice. If you decline because you're too chicken to join the ten-times-richer club, that's probably the wrong choice. You'll never know how deep of water you can swim in if you never dive in over your head. 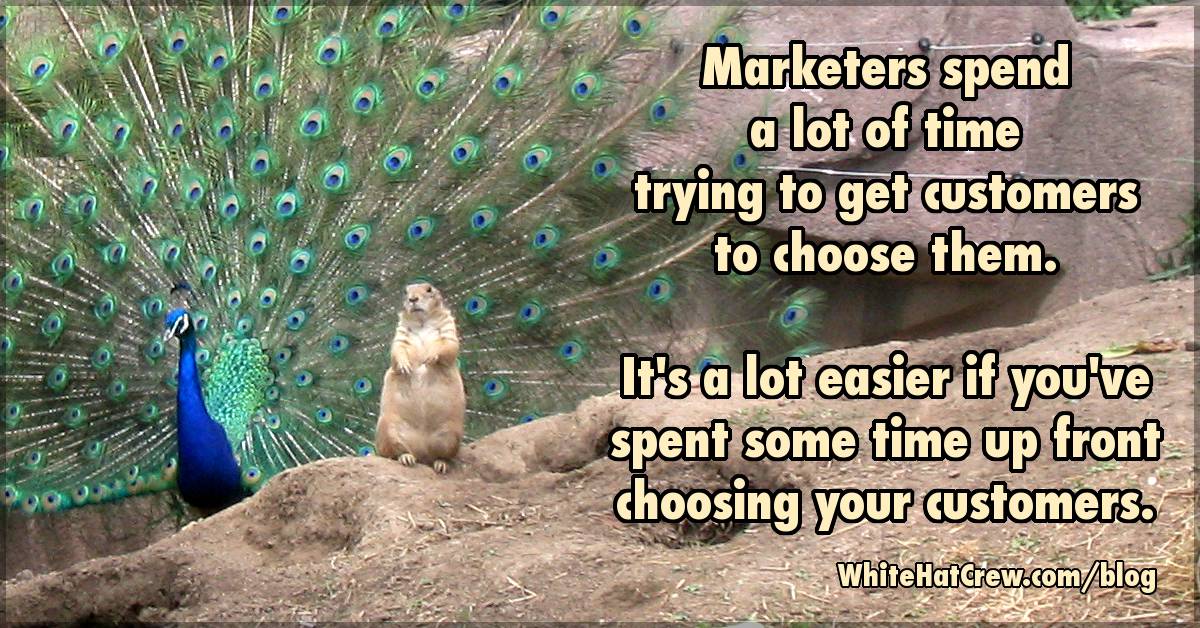 It goes back to something I wrote about in July: pivoting. You need to assess your business from time to time to see what's working, what isn't, and where the best opportunities are. When a better path opens up, you should be willing to adjust your course.

Remaining focused doesn't necessarily mean remaining eternally focused on the same thing. It means that once you've discovered that you're better off focusing somewhere else, you don't try to walk off in two directions at once and end up going nowhere.