A Way to Steer Prospects Toward Your Most Effective Sales Pitch 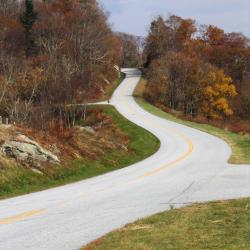 I came across an article the other day talking about a concept you've likely heard before. But it sparked a new idea.

The main idea is that some of your prospects will be more motivated by potential gains, and others by fear of loss. So which kind of sales pitch do you use to promote your product?

The standard answer is that you should get to know your target market and decide which seems most likely to motivate them, and/or split test to find out which type of pitch converts best.

That was my thinking until I read this article by Heidi Grant Halvorson:

If you are selling cars, you can choose to talk about "better mileage" (promotion) or "lower fuel costs" (prevention). You can emphasize the "bonus" features customers get if they buy the Limited Edition, or what they'd be missing out on if they didn't buy it. If you are offering a loyalty program at your coffee shop, should you offer 10% off each cup, or tell them that after buying nine cups they get one free?

What occurred to me as I read is that you don't have to choose one or the other. You can do both. But if you mix both messages together in the same promotional materials, you're going to end up with...well...a mixed message.

The secret is to enable your prospects to self-select the kind of message that will resonate best with them.

The web is not a static medium like a magazine or newspaper. You don't have to present the same pitch to everyone. Instead, why not give prospects two options to choose from (here's an example of one way to do that), and send them to the sales letter that best matches their choice?

The trick is to come up with options that subtly steer different types of people in different directions without just looking ridiculous. You don't want to ask people whether they'd prefer better gas mileage or lower fuel costs, to borrow from Heidi's example. They're the same thing, only expressed differently, so that's a dumb question.

Nikole Fairview said:
I think that you're right on these points; however this is when selling on the web becomes really hard work. It is so tempting to spread out and try and sell multiple affiliate offers or run several businesses, but if you really focus on one thing a...
(join the conversation below)

Instead, come up with different options and be sure to express each in the kind of motivational language that will appeal to a different group.

Of course, you'll still need to do some testing. For example, if you're offering people the chance to "get some vanilla" vs. "avoid missing out on chocolate", you'll need to know whether chocolate or vanilla lovers tend to be more loss averse to know which language to pair with which option.

There may be no correlation at all, in which case, this technique probably wouldn't do much good. But if you can find a choice that does correlate with how risk averse your prospects are, combining the choice with wording of the options could be a perfect way to steer people toward the most effective pitch for them.

If you can't find such a correlation, the next best thing may be to let your prospects make a choice that most of them have no strong preference for, so that the promotion vs. prevention language has more influence on the outcome than the options themselves. The risk would be that they'd say, "I don't care", and leave without choosing either.