Consider this. If you're going somewhere and you're off course by just one degree, after one foot, you'll miss your target by 0.2 inches. Trivial, right? But what about as you get farther out?

Over time, a mere one-degree error in course makes a huge difference!

The same is true in business. This is why you can't run your business on auto-pilot. If you don't set the course correctly in the beginning (which no one does -- close, maybe, but not exactly), the odds of success are slim, at best. You've got to watch the results you're getting and make constant course corrections.

Let's look at another example of small differences having huge effects. Two people come to a mountain with a pot of gold on top, 5,000 feet up. The first is so lazy that, although he wants to get to the gold, he refuses to take an upward step. He walks around the base of the mountain, always staying at exactly the same elevation. 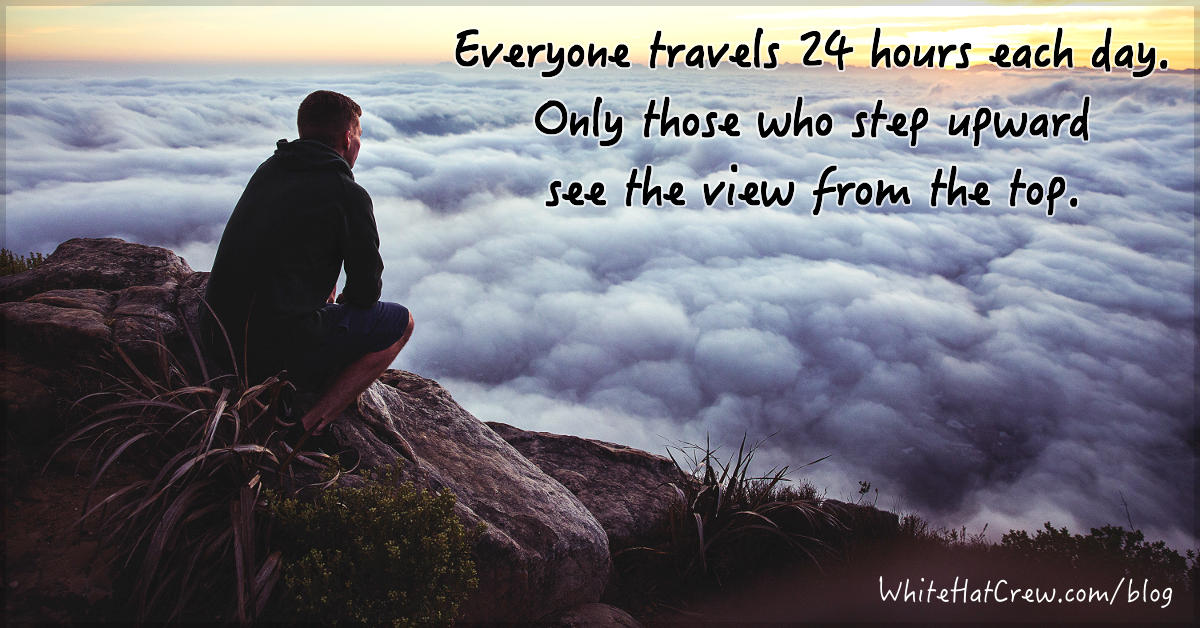 The second guy is pretty lazy too, so he too refuses to hike the steep trail to the top. In fact, he heads off on almost the same course as the first guy, except that he angles off just enough that with each step, he goes up 0.5 inches -- about a one degree slope.

Nikole Fairview said:
I love the premise for this post! It is so true that we often take the lazy way out instead of actually taking even just a little step in the right direction. This is true whether we have a big project that we are afraid to get started on, or if it i...
(join the conversation below)

No matter how long the first guy walks, he'll always remain at the base of the mountain. The second guy has a long road ahead of him, but after about 23 miles of hiking, he reaches the pot of gold.

The difference is one degree.

How many people live their lives walking around the base of the mountain, never getting anywhere? Everyone travels 24 hours every day, whether they're climbing or not. How much richer could your life be if you'd make even "one-degree" of effort to improve something about yourself or your business each day! It doesn't even have to be anything hard. You just have to do something and do it consistently.

Pick something to do one degree better today, and then never stop doing it. It'll make all the difference in the world.