3 Steps to Achieving a Goal 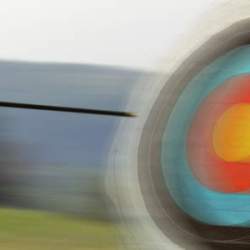 Most people leave lots of goals, hopes, and dreams unrealized. We may look at others' success and think that there's something special about them that we can't duplicate. And in a way, that's true -- everyone is different. But one thing I've learned over the years is that what we do matters a lot more to our success than the particular set of talents we were born with.

Last year, in my post about my furnace breaking down, I wrote:

I was working on a new membership website. It was a big project, but not so enormous that it should have taken more than a few months to complete. But I kept getting sidetracked by other little projects, and in the end, it took me over a year.

By the time I was finished, I realized that if only I had worked on it every day, even just a little, I would have finished months earlier in the end.

(After I'd spent most of the day dealing with the furnace, I made sure to carve out a few minutes to work on a big project rather than let myself put it off till tomorrow).

Something my brother, Thor, wrote the other day reminded me of that:

A lot of people pay good money to learn how to set an effective goal. Forget all of that right now, because if you learn to put action first, you will achieve more than the 80% of people who are still trying to write the perfect goal.

When I asked my son if he set a goal to earn a 4.0, he said, "No, I just did what I needed to do." You do need a plan to become your best, but you don't need a plan to get started. You have a sense of what you need to do. Without spending any more time thinking or putting it off, start doing it. Refine what you are doing later.

Some would-be marketers get addicted to learning, but never have the guts to start doing. Or they dive in, don't get rich overnight, decide that whatever they were trying doesn't work, and jump back out just as quickly.

Asher Elran said:
To achieve a goal you need to first identify what this goal is. Write it down on a piece of paper and hang it it your house in the spot where you could easily see it. And make a small step every single day to achieve that goal.
(join the conversation below)

Which reminds me of another phrase my brother has used: "Easy to do. Easy not to do." It's easy to do something every day to work toward a goal. And it's easy not to -- to put it off, to flop down on the couch and watch TV or play a computer game instead. Or to keep studying, hoping that someday you'll know everything you need to get rich quick.

You're better off getting rich gradually by doing something every day than waiting for the perfect chance to succeed with a single burst of activity. That's almost never how it happens. When it looks like someone has gotten rich quick, it's usually because the cumulative results of years of hard work finally paid off over a short period of time.

My brother has a lot of good ideas about how to use goals successfully. For a few more tips, check out the rest of his post at the link above.